A Day in the Life as we know it now


Get back to your holes! People are dying here! 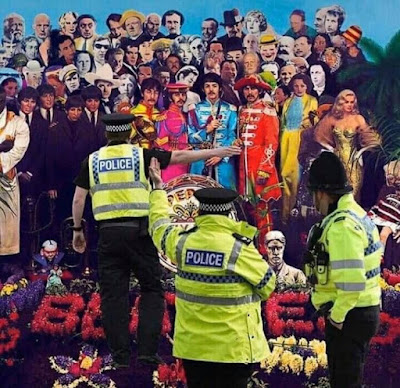 Posted by Deiter at 5:56 PM No comments:


Little darling, it seems like years since it’s been clear... 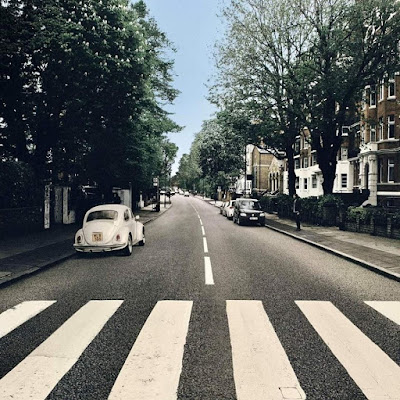 Posted by Deiter at 5:25 PM No comments:

When Corona Is Just One Member of the Band 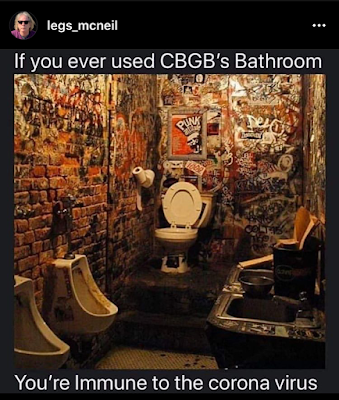 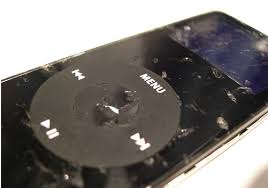 The music we love as teenagers is the music we bind to for life. It’s a fact. Our iPods – remember those? – were proof. No doubt you're still listening to playlists based on the formative periods of your life. I certainly do. (Some reside on my Spotify account now.) And why not? It makes us feel good – an iced brain bath for the ongoing existential anxieties.

But the intent of this blog wasn’t to be the flashbacks of some gargoyled grayhead posting about the sorry state of music after my coming-of-age. I’ve dwelt in the old school, admittedly, but I’m graduating now.

So watch me gush: We should all do as much. In the age of Trump – whether supporter or resister, these are times that could benefit from some positivity. Especially, in the age of social media: we’ve all become tireless bleating whingers of something or other. Note to Boomers: Good music is still being made. Let’s move on.

263) Scheer, Shea (1996): Guitars like chainsaws ripping through a junkyard’s worth of rusted F-100s while a plaintive girly voice chirps tales of trauma: Scheer’s sound was a beautiful marriage of disparate personalities, and like most marriages, this one was also short-lived. Hailing from Belfast, Scheer managed one album and major tour, released a less interesting followup before the record company lost interest in them. They were a niche market, one that Baby Metal would pursue years later. But Scheer did it much, much better.

264) Killing Joke, I Am the Virus (2015): OK Boomer? Name a Millennial band that roars like this. These grayhead veterans crush on their album Pylon. And yet, AllMusic said the album “doesn't sound terribly innovative.” MetaCritic gave it a 77/100, according to Wiki. F**k ‘em. The sound will make the atlas joints in your neck want to go full bang. This album rages with fire and menace and both the guitars and drums deliver like a Chicago P.D.’s taser.

265) Ann Peebles, I’m Gonna Tear Your Playhouse Down (1973): If you hear Al Green in this it’s because Peebles had Green’s production team and band are behind her. As a singer, her style was mature and subdued and she’d the critics’ love behind her, especially the white ones – Robert Hilburn in the Los Angeles Times was a big fanboy. However, this critical love never seemed to bump her into the mainstream, which is a shame. As for the song itself, I’m a sucker for the passive-aggressive love songs that follow the general formula of I’m going to leave you. Soon...Maybe...

266) Sebadoh, Careful (1994): Back when college radio was a thing and record companies were paying attention, Sebadoh were darlings. Founded in 1988, these Massachusetts college town dropouts were what was “alternative” then: a descriptor generally referring to bands low on musical virtuosity – that eschewed soloing, heavy on the irony, mildly introspective if not entirely emo, and with mostly vague lyrics. It all seems so long ago now. At the time the album was hailed and ended up on a number of Best of the Year lists.

267) The Ghost of a Sabre Tooth Tiger, Too Deep (2014): Aussie psychedelicists, Tame Impala – a band mining similar lode as GOASTT – had Sean Lennon’s endorsement as sounding most like his dad. TI has also hit the big time, something GOASTT was never going to do. GOASTT’s sound is also très retro and much more Strawberry Alarm Clock than Revolver. But much more than TI, they stick their melodies and their psychedelics have more atmosphere. Their thievery is affectionate and sincere. I think this band is way better: Good songs, solid jams, better lyrics, and way heavier.

268) Jack Bruce, Rope Ladder to the Moon (1969): This guy was the genius behind Cream way back when, but for some reason couldn’t find his much commercial mojo without Eric Clapton’s guitar. His early solo albums – especially this one – are now considered classic and enjoyed some success in their time, mostly in England. Bruce did a series of albums in the 70s, experimented with a few things – played with Leslie West and Robin Trower (what was he thinking?), did some jazz – but couldn’t seem to find his audience again. He was eventually dropped from his record label. Sad: Jack deserved so much better.


269) Nick Cave and the Bad Seeds, Midnight Man (2008): Of old guys doing good, still, you could count them on one hand – Cave, Tom Waits, Leonard Cohen to the end, occasionally Bryan Ferry, Andy Partridge, Stevie Wonder maybe – but the crimes of the many refusing to sunset overwhelm them. Look at this list from 2019 of nearly every band you can think of – reductive, missing original members, and with voices you’d think couldn’t blow out a candle – and they’re still touring. But listen to Cave here – he continues to have something to say and says it with a muscular voice. Nick ought to share some that Viagra – some of his peers could use it.

This is one Boomer who’s okay.

270) Beck, Sexx Laws (1999): White boy R and B with Country flourishes that delivers – and his falsettos crush.


271) Minnie Ripperton, Reasons (1974): Maya Randolph’s long-deceased mother brought whistle tone singing to the mainstream and had this moment of glory back in the day after years of toiling in the undistinguished Rotary Connection. Her Olympian near dog whistle registers aside, her voice was a lot more than just muscle. This is the song she should be remembered for, not Loving You.


272) Elvis Costello, So Like Candy (1991), Veronica (1989): Looking for inspiration and impetus, Paul McCartney and Costello teamed up in the late 80s and collaborated on songwriting. Some were Costello’s, some were McCartney’s (My Brave Face). In 2017 McCartney released some that he’d been keeping in the can all these years. For me, of the lot, these were the best: So Like Candy was the jewel in the crown. (Veronica was the hit.)


272) Anastasia Screamed, Tornado (1991): Another college radio darling band – ca. 1987-1992 – these Beantown-transplants-to-Nashville alt f**kboys would end up far more obscure than Sebadoh. Singer Chick Graning is the prize here. This EP was their moment of glory.


273) The Brecker Brothers, Some Skunk Funk (1975): If you don’t know who they are, you know their samples. Both brothers, Randy (trumpet, flugelhorn) and Micheal (sax, flute) played with just about everyone over their careers and elder Randy was a member of the original Blood, Sweat, and Tears lineup. If the album’s hit single was any indication, they were throwing everything into the box to make a hit record as any bump-shoveling AR dude could’ve hoped for. The proof being their appropriation of Average White Band with added disco sauce that became the album’s hit single. But Skunk Funk shows the band way hotter, more ripped, and trades out the disco sauce for fusion – like trading up for hot salsa from ranch dressing.


Bonus! Elbow, Leaders of the Free World (2005): These Mancunians have been kicking around since 1997. They’re now eight albums in but this was from their third. This demands your attention from the start. I’ve always been a fan of their relaxed intensity. A reminder that many of the best things you’ll ever hear will come to you in a whisper. These guys are cunning whisperers.

Posted by Deiter at 2:18 PM No comments:

Exalt him: A Mind Behind Maggot Brain 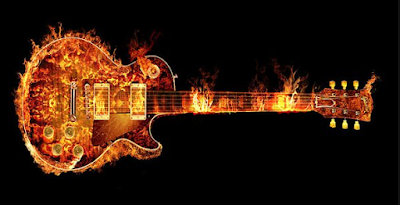 According to Wiki, Lucius “Tawl” Ross (b. 1948) was a rhythm guitarist for Funkadelic in its formative years of 1968 to 1971, culminating with the release of the band’s early magnum opus and legendary guitar flex, Maggot Brain. Most of my rock geek brethren agrees that peak Funkadelic lived in the albums behind the distinctive Pedro Bell covers. While critics tend to worship the (pre-Pedro Bell), Maggot Brain, to me it represents a band still in its infancy – it’d take until 1973 when the diaper came off with Cosmic Slop. The pinnacle of their coming-of-age would come with 1976’s Tales of Kidd Funkadelic.

(Listen here and tell me Lenny Kravitz didn’t completely imprint on this sound.)

I’m not sure what Tawl Ross’s significance to the band’s early formative sound was, much of the glory went to lead player Eddie Hazel, but Ross was at least in the room. If his solo record from 1995 – a.k.a. detrimental vasoline—Giant Shirley – was any indication, he may’ve been one of the sound’s oracles. (Compare to Eddie Hazel’s solo outing: Tawl wins by a mile.)

Whether Ross was in Funkadelic or not it was clearly in him on this notable record. Check it:

Here’s what peak Funkadelic (post-Tawl Ross) could do:

Posted by Deiter at 5:46 PM No comments:


If you’d ever done time in the piano lesson torture chamber, you’ve experienced Für Elise. It’s safe to say that it’s one of humankind’s greatest melodies and precisely because of its simplicity and compactness – no fat, all taut muscle. It’s also contains volumes of the dynamic and dramatic and, according to this rendition, it’s rich ground for diddling whimsy.

Composed 210 years ago, when the master was 40 and still had a few years left of hearing. This melody will live on as long as civilization does.


A little something about 7/8 time: Also called septuple time – it’s an odd meter – it was a rhythm better known in Asia and the Middle East. Westerners may know it from Rush’s Tom Sawyer and Led Zeppelin’s The Ocean.

This guy offers up a simple explanation and good description of what it sounds like. (You can skip the proggy guitar lesson that follows.)

Posted by Deiter at 2:53 PM No comments:

Pedo-defiler Drops Out: Comes Back Harder than Viagra 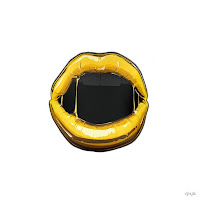 She is CupcakKe and she’s by no means the first to go so basic blue in her lyrics but she may be the first to regret it.

When the erstwhile 22-year-old Elizabeth Eden Harris heard 10- and 11-year-olds rapping along with Best Dick Sucker, well, she’d some feels of remorse. In September 2019 made an “emotional” post to Instagram:

“When I made those songs I was 16, 17 and I couldn’t really give two shits, you know? But I saw a video and it was of a 13-year-old dancing to the music and I just decided that that’s it. I don’t wanna do music no more...I have people of all ages — 10, 11 years old — coming to my shows and I feel as though I’m corrupting them with my songs. And I don’t wanna do it no more so the tour is off… All of my music will be coming off every platform...I am just done, I want to go to heaven after this. I don’t want to go to hell.” 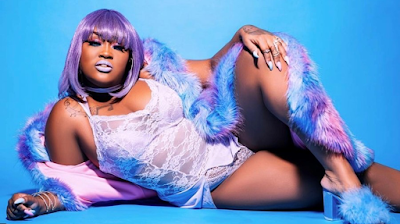 Ah well, that was so four months ago. Even as she made the announcement she still had tour dates to fulfill. Be that as it may, she’s back. Read her Twitter feed and she offers clues: She’s a weakness for tall stacks.

Well, that closet wasn’t going to fill itself.

And her beats are undeniable.

Posted by Deiter at 9:31 PM No comments: